It’s a 62″ long bow with assimetric grip. According to its size it’s fast, and quite stable. I recommend it for 28-30″ draw lenght, but some people use it at 27″ contentedly. The bow is perfect for hunting, maybe its size can be a problem, but so far nobody has complained about it. 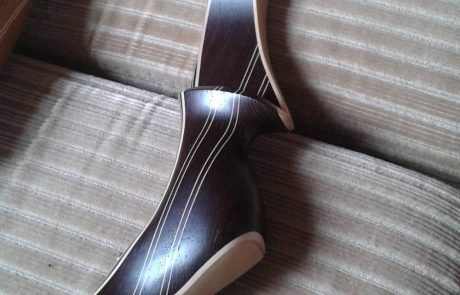 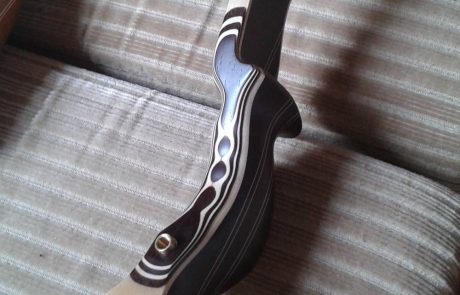 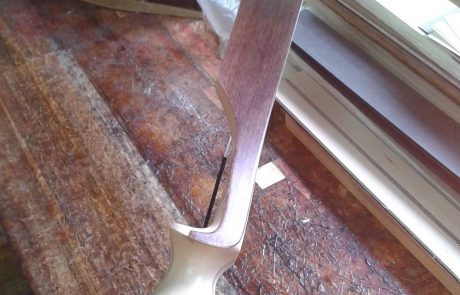 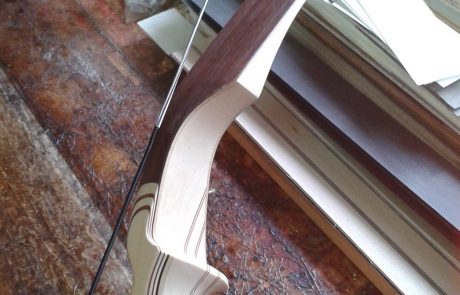 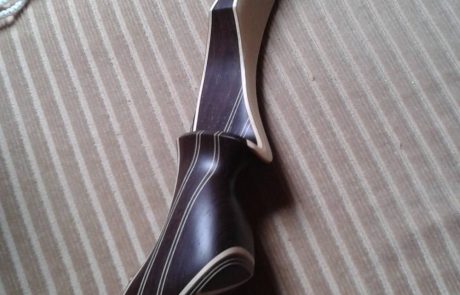 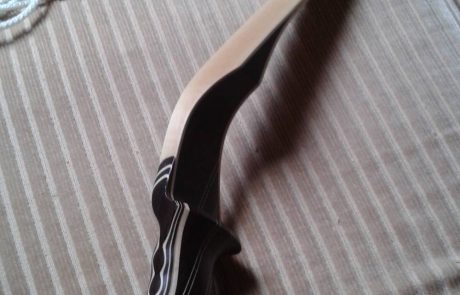 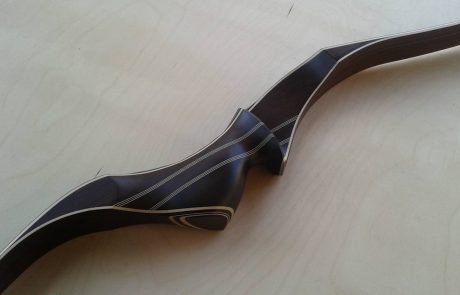 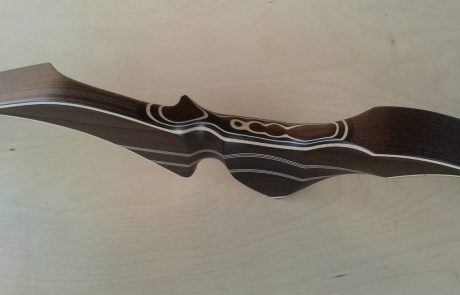 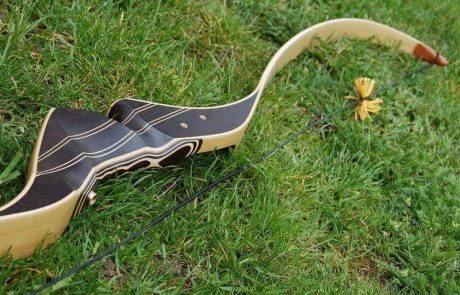 The Raptor is my 4th bow made by Szalóky. (Small recurve bow, Longbow, horse bow.) As about the horse bow, I talked to Pisti a lot about when he would make a mid-shot recurve bow.

When he finally finished the first one, I visited him to try it out. After 3-4 shoots, I knew I need one of these.

At first I didn’t use it that much, because I used horse bow. It was used for archery shows and hunting only.

I showed the bow to my friends on the fall of 2006. At the time, I was practicing barebow style.

It was interesting, that I could hit the target. My friends couldn’t believe that it was 45 pounds, because it was too fast. With wooden arrow as well. My friends liked it, so the bought one for themselves. And the measuring and assimilation began. Of course, the racing, too.

Since then I acquired a Raptor, which is 51 pounds

It is not worth talking about speed, but to complete this presentation this bow on 28 draw lenght, 50-54 pound, speed up between 180 and 232 fps. I have to add that we used hunting arrow weights. I have never seen an other bow, which is faster on equal pound and Pisti made it.

And now the observation:

During the testings I figured out that this type of bow performs well with fastflight bow string.

The bow became more calm and fast. With string silencer more quiet, too.

After 4-5 thousands of shooting the string has no outstanding problem. There is noo need for stabilizer, the bow doesn’t generate vibration.

Finding the arrow was hard work. I only can share my own experiences. In my opinion under 7.5 grain per pound arrow weight it starts to be louder. For me at 7.8 gain per pound, from 23 metres distance the deer didn’t get scared and moved out of the way of the arrow.

I can recomend this bow courageously to whomsoever, who wants a fast, trusworthy and good recurve bow.